That One (Short) Time I Dated A Sociopath 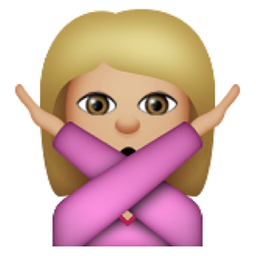 Listen. We’ve all been burned. Things go wrong in relationships and often you’re left without solid closure. It sucks, but it happens.

But this is different. This is that mystifying, “wtf?”-inducing, “did you die?”-questioning kind of shit. I’m talking, “wait…whaaaa?” stuff.

I started dating a dude that was a bit older. After a few months of this dating stuff, I was leery to get close to someone quickly. But he was so reassuring. He insisted that he’s older and doesn’t like to play games – just wants to be open about feelings if he cares about someone. Hey, me too. I can get on board with that.

He hung my TV in my kitchen and even bought a new mount because mine wasn’t up-to-par with what he thought was best. I saved a dying bird in my backyard – he picked it up while I was at work and took it to the wildlife center. My friend and I had weekend-long tickets to a music festival – he upgraded us to VIP. Talked about flying us to Vegas, bought me a massage because he thought my back was too tight, texted all day and night, hung out with me every free minute possible, etc.

I finally got to the point of actually admitting I was into him. He wasn’t physically what I was looking for and he came with a child. But I was accepting. He was a good human.

Then, after talking non-stop, he just vanished one day. We talked in the morning – normally – and then he was gone. Never to be heard of again.

Did you die, bruh?

A few days later – he removed me from his social media. Oh. Ok. Alive and well.

But what happened? Nothing in our conversation had changed to make him uninterested. He was fully engaged until that last text.

I came up with any explanation I could. Because, you know, there’s no way to make it make sense.

He got arrested for some shady business.

Thugs beat him up and he’s in the hospital.

He gets off on reeling girls in for a few weeks, making them feel special, and then running.

He has the tiniest dick known to man and he was embarrassed for me to finally experience it.

But then I talked to guy friends and they told me what probably really happened, “he was dating someone, they broke up, he started dating you, the other girl wanted him back, he got back with her.” Makes total sense. But, dude, why not just tell me? We weren’t serious. It hadn’t been months or years of dating. No reason to not just say, “hey, this isn’t working for me” or “shit, I’m sorry. I have to explore this other option.” To just drop off the face of the earth and remove me from social media as if I’m the devil is cowardly.

I know we don’t owe anyone anything. I respect that. But our brains will always try to rationalize something completely irrational – and that is frustrating.

I’m not sad to have lost that person – we weren’t that serious. But I’m sad that it made me jaded about how people really are. It’s hard to trust as is, then you online date and realize it’s REALLY hard to trust strangers.

Lesson learned. But I refuse to let my entire life be one, pessimistic mess. There are good people out there and we all deserve it. So, I’m being cautious, but keeping myself open to finding a honest, real human.

← Being An Adult Is Hard.
Maybe This Life Is Enough? →